Company Profile
BSH Group is a distributor of quality F&B products. We considered two focal factors in doing business. The first one is the quality of service parameters followed by business parameters which work symbiotically.  We do not compromise quality aspects to achieve our business goals.

The code of conduct adopted by BSH Group is translucent in nature. Quality of service requirements, timely delivery, service on priority are the parameters followed.  In common, customers want to satisfy their requirements and our suppliers or principal distributors will provide the information and relevant data in the selection of appropriate forces, keeping in mind price, performance and long life of the products. The journey of BSH Group began in the year of 1993. Previously, the company was known as Bee Seng Huat Enterprise. The person who is responsible for the establishment of the company is Mr Bee Seng Huat. In extension, the existing company name is the initial of the full name of the founder himself, Bee Seng Huat (BSH).

Initiated exactly on 18 April 1993, the company which is located in Kepong, Kuala Lumpur started as a supplier of F&B products for several brands under different product categories. The business runs competently at that time and distributed several vast brands under alcohol beverages, whereas for fruits drinks and soft drinks categories, the company distributed F&N and Schweppes brands. The target customers during that time were more to night clubs and pubs only if to be compared to the present market penetration.

The growing business and increasing revenue have made Bee Seng Huat Enterprise moved from Kepong to Subang Jaya. The company needed additional business and storage areas in the year 2000. The new office in USJ 1 witnessed another prospering business opportunity after being appointed as a general trade distributor for Yeo Hiap Seng (M) Bhd or branded as Yeo’s.

Distributing a gigantic and well-established brand, Yeo’s, was one of the affairs to be prided of. The company keeps on growing and catered for a wider market category and areas of coverage. It includes mini-market, wholesaler and convenience store within Subang Jaya, Puchong and Petaling Jaya. 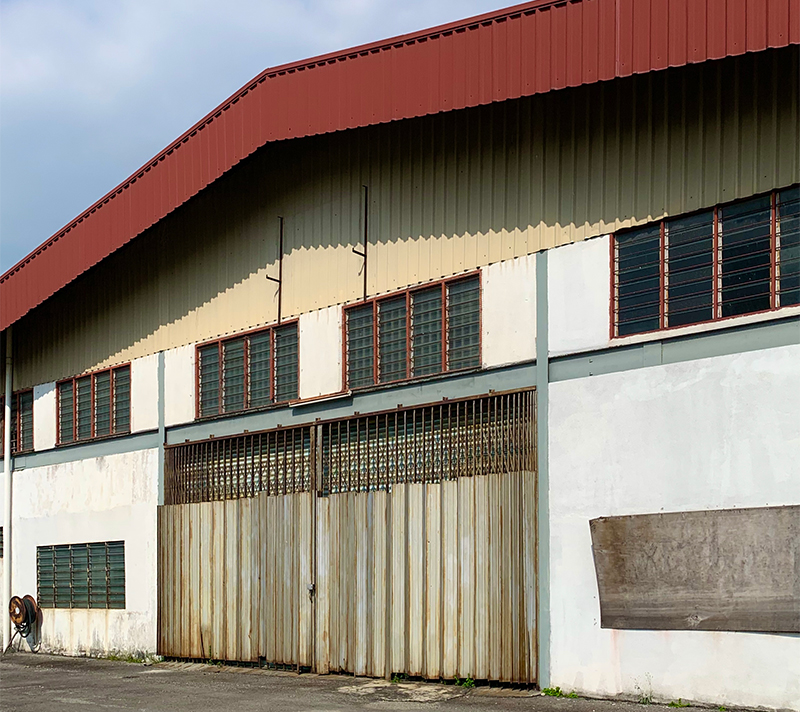 Due to the rapid growth and sustainability, the company propelled a step ahead from a sole proprietorship company or ‘Enterprise’ to ‘Sendirian Berhad’. From Bee Seng Huat Enterprise, the company changed its name to Bee Seng Huat Enterprise Sdn Bhd. Then again, a warehouse was needed at that time instead of a store to equip the positive mounting business.  The company then once more moved to a new warehouse at USJ 21. With the capacity of 12,000 ft² and 600 pallets with 4 tier racking system, the bigger warehouse can store a larger volume of products and increase operational productivity. And therefore, the paid up capital at that time increased from RM500,000.00 to RM750,000.00.

After the agreement between Yeo’s and Bee Jaya Trading ended, the Management had decided to concentrate on the business under Bee Seng Huat Enterprise Sdn Bhd. A new good fortune approached in the same year. In July 2005, the company has been appointed as the Redistribution Stockist of Unilever (M) Sdn Bhd for foodservice division. The target market segment was then expanded to restaurant, café, chain restaurant outlets and hotel. It was the beginning year of a new milestone for Bee Seng Huat Enterprise Sdn Bhd and the area of distribution also magnify to Shah Alam, Kajang, Bangi, Seri Kembangan, Putrajaya, Cyberjaya, Semenyih, Bukit Jalil and more.

Later in 2007, the company was appointed as the Exclusive Distributor for Kimberly – Clark Trading (M) Sdn Bhd. The business knot is still firmly persisting until now. Besides Klang Valley and Selangor, the customers also vary from the various hotel, restaurant and café in Penang, Johor, Bukit Tinggi and others. The company continues to develop and in 2008, Bee Seng Huat Enterprise Sdn Bhd changed its name to BSH Enterprise (M) Sdn Bhd. The same year also documented a new business, which was the appointment as the Sole Distributor for Kara Marketing (M) Sdn Bhd. Since March 2008, till now, the company is still distributing Kara Coconut Milk (Indonesia) and Kara Coconut Powder Series to hotels, restaurants, cafés and wholesalers.

The business grew stronger with the newly agreeable business with Hock Seng Food (Singapore) or HOSEN’s in June 2009. BSH Enterprise (M) Sdn Bhd is the Exclusive Distributor for HOSEN’s brand and the customers emerged especially amongst Chinese restaurants. The same year was one of the most fortune years for the company as the total annual sales reached RM 21 million.

More and more business opportunities were coming in the year of 2011. In May 2011, BSH Enterprise (M) Sdn Bhd was appointed as one of the distributors for Malaysia Milk Sdn Bhd, for the brand of Vitagen and Marigold. QL Foods Sdn Bhd, the manufacturer of surimi (fish-based product) in Malaysia later decided to appoint the company as the distributor for QL products in July 2011. The business for the year of 2011 continued blooming. Pacific West, an established brand name with international network, selected BSH Enterprise (M) Sdn Bhd to become one of their product distributors in September 2011. More and more business coming in and 2012 was a year that witnessed a lot of transformation. After being silence since the contract with Yeo’s ended, Bee Jaya Trading Sdn Bhd has decided to continue in the field with a new business alignment. Despite the strong network in Klang Valley, the business under Bee Jaya Trading Sdn Bhd was then grew to other states such as Johor, Penang, Negeri Sembilan, Melaka, Terengganu and penetrating Sabah and Sarawak. Further, Bee Jaya also distributing its own house-brand under the name of Tae-Pee. Tae-Pee is a brand for a variety of paste and sauce. In 2012, Bee Jaya worked closely with Seri Trading to penetrate the market with its Tae-Pee Tom Yum Paste, Tae-Pee Vegetarian Tom Yum Paste, Tae-Pee Sweet Chilli Sauce, Tae-Pee Fried Chicken Batter Mix and Tae-Pee Tempura Flour.

Whereas for Bee Jaya Trading Sdn Bhd, in addition to the products from Thailand brought in through the joint-venture with Seri Trading and the house-brand Tae-Pee, a new business relationship has been knotted with F&N Dairies under HORECA distributorship agreement effective from 1 March 2014.

Pacing to the mid-2014, BSH Group aimed for improvements in various angles within the organization, as well as the service provided by the companies. The improvements include the increasing number of workforce, strengthening the logistics department by having more trucks and lorries, enhancing the working ethics and preserving the environment and so on and so forth.

In 2015, BSH Group commenced another company under the name BeXpress Marketing (M) Sdn Bhd, putting another focus on online market. It was in the early 2017, we purchase a new warehouse located at Kota Kemuning to cater for future business growth. With a built up of 28,000 sq ft and able to place 2,200 pallets. Currently, part of the warehouse were used for business diversification in Logistics and Warehousing. Thereafter, BeXpress Marketing (M) Sdn Bhd was appointed as the Master Distributor for Unilever Professional. Providing a full range of cleaning products with brands such as CIF, Dove, Lifebuoy, Domex and Domestos. This gave us an opportunity to step up the business and grow beyond Klang Valley, plus penetrating to different market sector such as, Hardware, Hospitals, Cleaning Companies, Automobile, Pharma and more to look forward to. Hence, our customer base starts to diversify to more wide range such as Jaya Gorcer, Village Grocer, NSK, Hero Market, Chekers Hypermarket, Billion, Pasar Raya Long Wan, and many more that we are exploring for mutual business relationship.

Stepping into mid year of 2019, a dealing agreement with F&N  Dairies has been terminated, and a new business relationship has been knotted with the market leading fresh milk company, Farmfresh. With Farmfresh, we continue to grow the Food Service (HORECA) segment and we had the opportunity to step the game up to modern trade outlets such as Jaya Grocer and Village Grocer.

In year 2020, we officially launch our very own official website. In terms of e-commerce segment, we secured and fulfilled more than 1,500 orders and deliveries. (O2O) (Vice Versa).

Last but not least, the BSH Group is looking forward and expecting for a more glorious business in years to come.